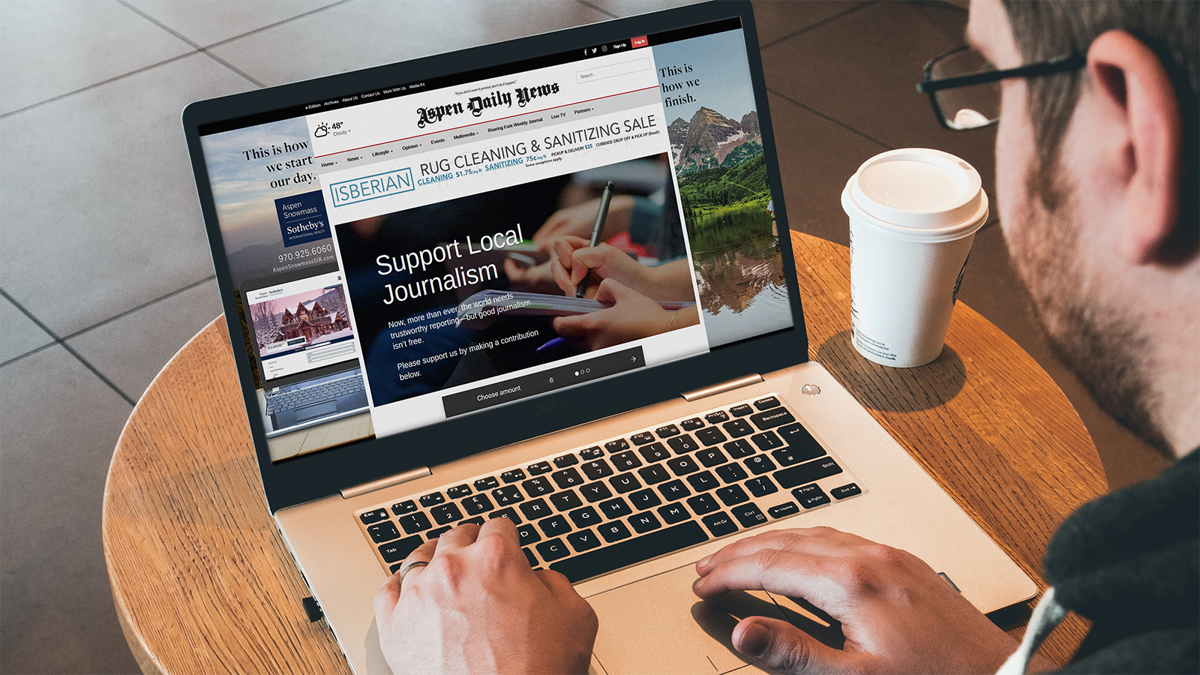 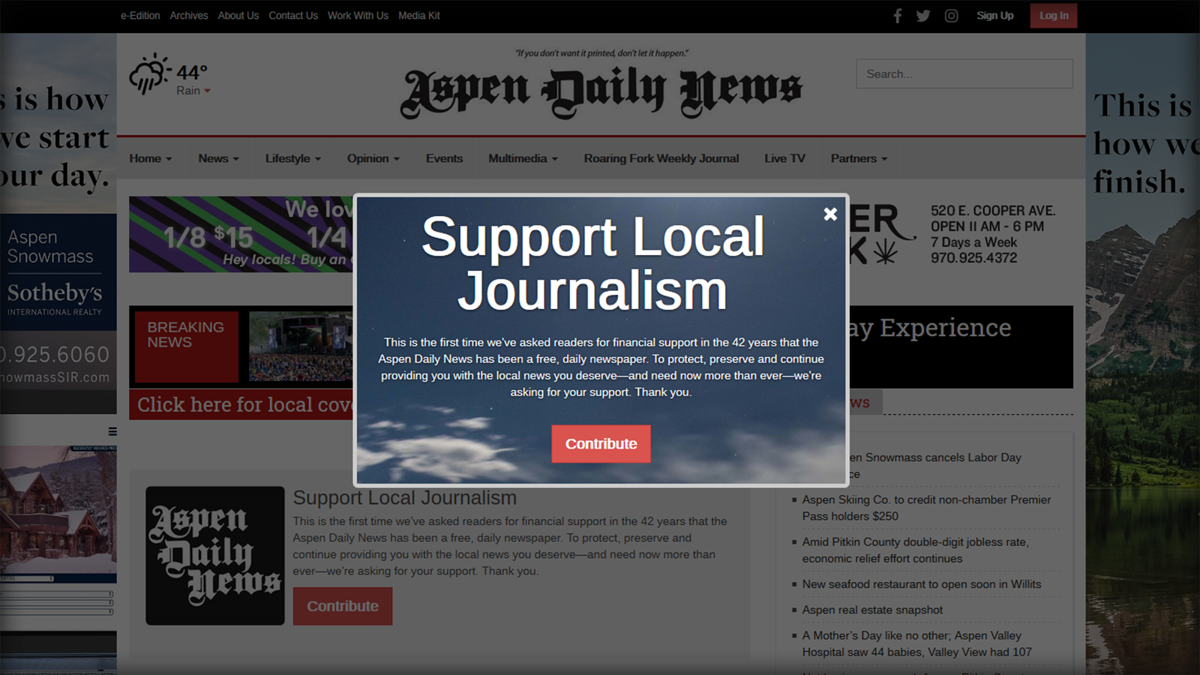 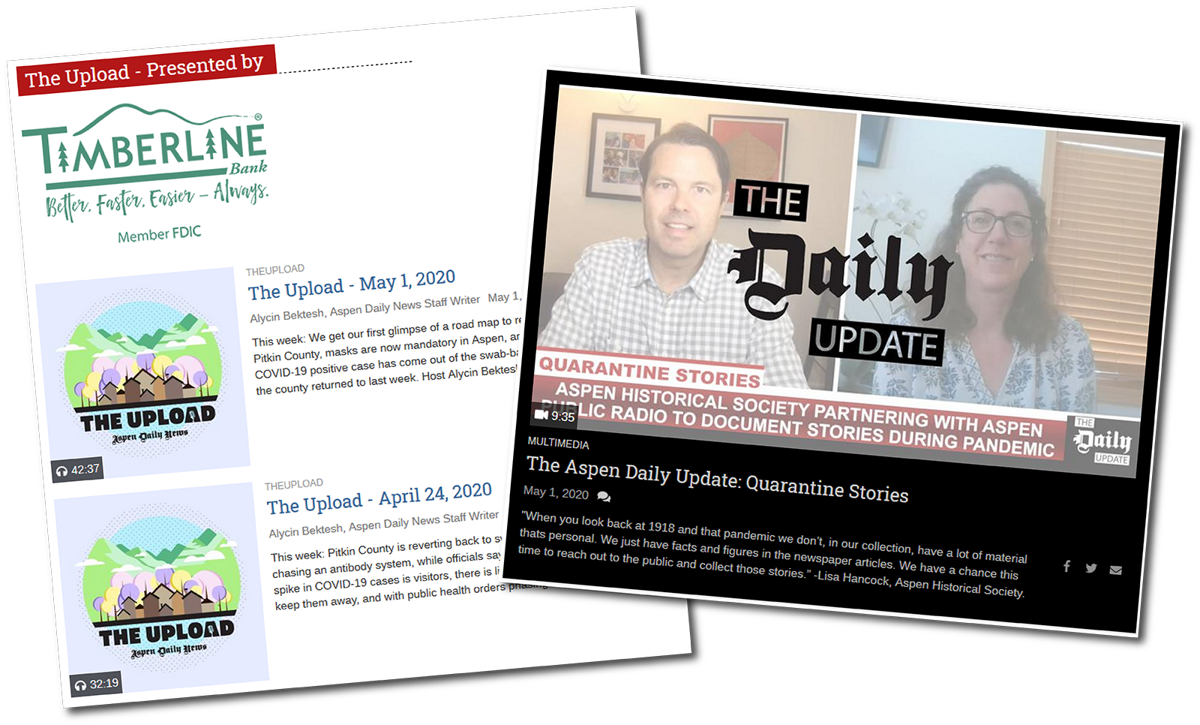 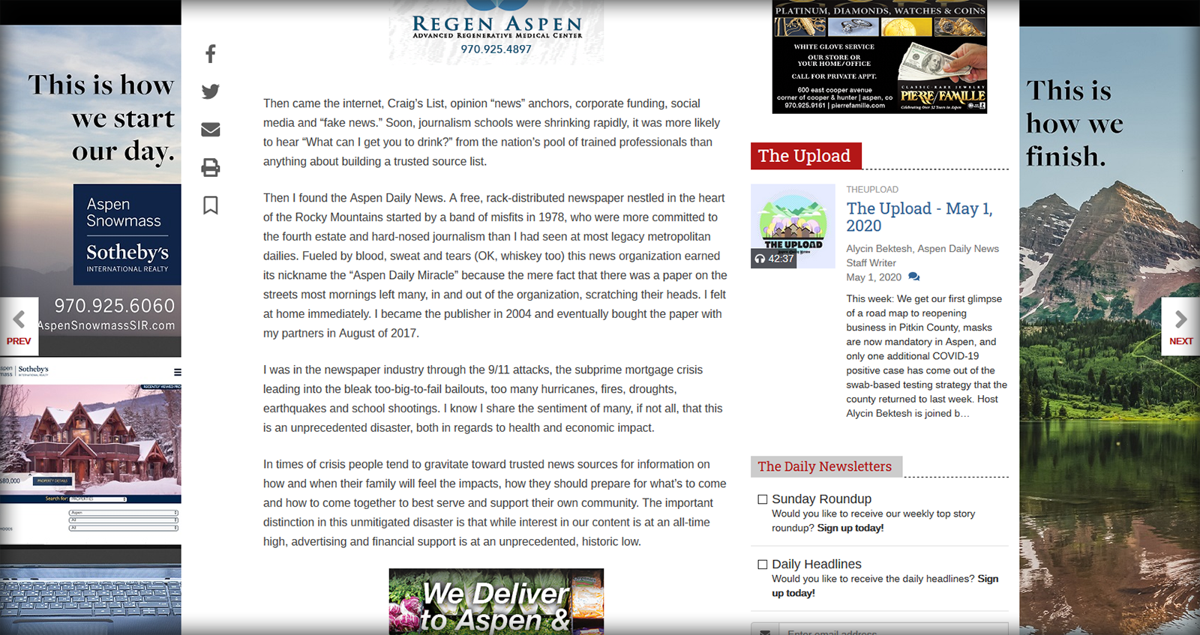 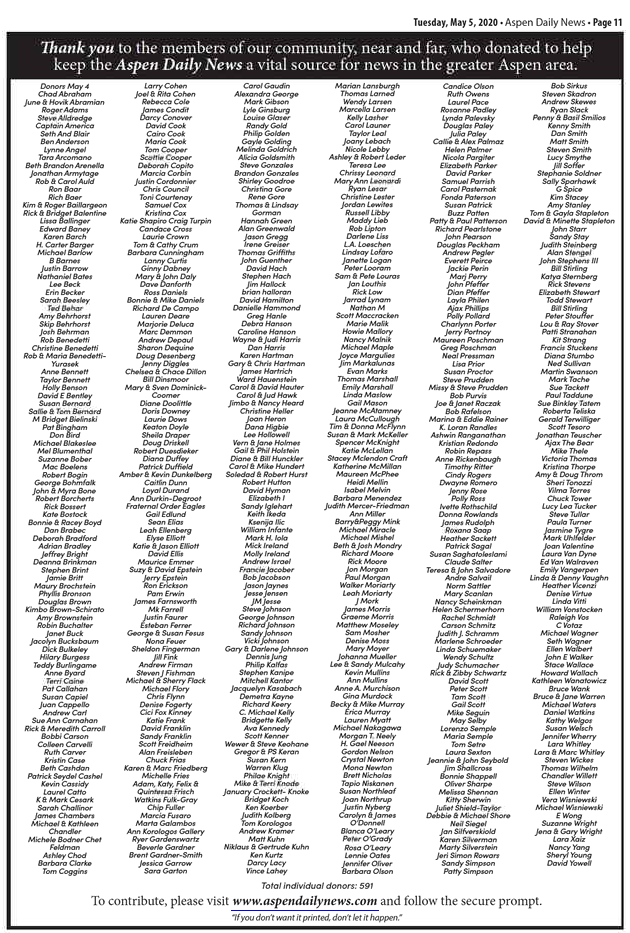 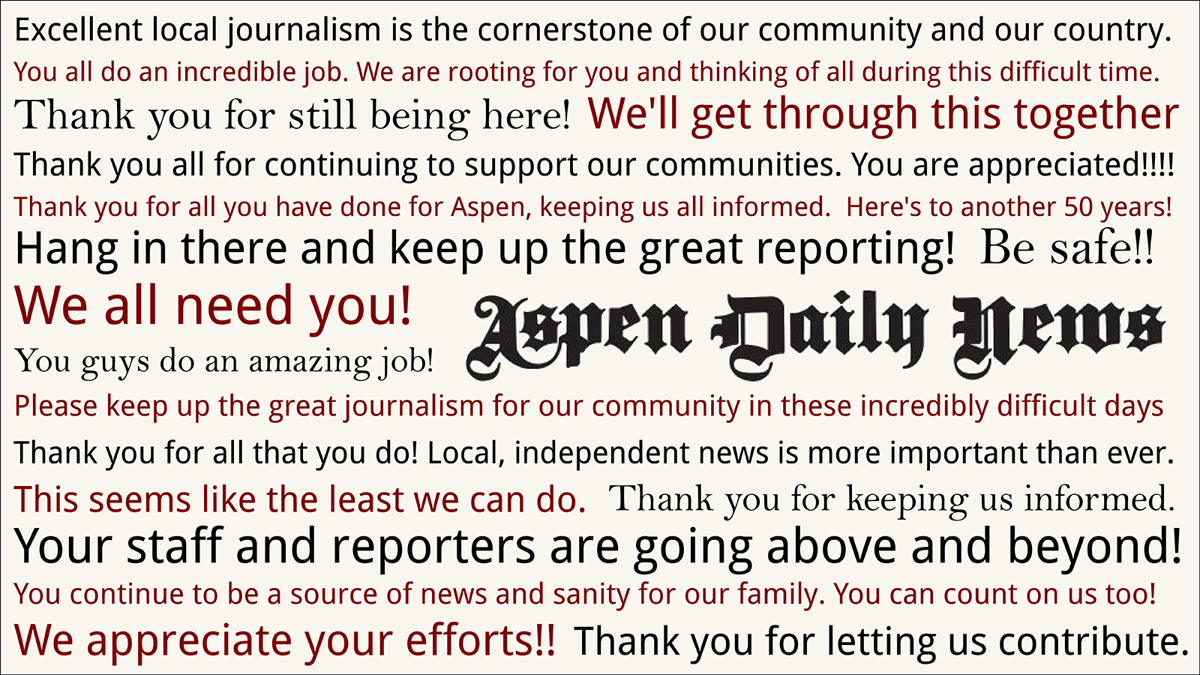 When TownNews announced the Support Local Journalism initiative, David Cook, Publisher for Aspen Daily News, took swift action to participate. "We really needed to get this going and it was just so seamless. We contacted TownNews customer support and the next day we started collecting donations from our community."

"The support has been unbelievable! We've raised over $42,000 from more than 600 donors in just six weeks," Cook said. "We've proven we truly are an asset to the community by finding new ways of communicating, doubling down on our methodology of storytelling, and just being direct with our readers."

Located in the heart of beautiful Colorado ski country, Aspen Daily News has been in operation for 42 years. As a hyperlocal, free paper, they don't rely on subscriptions. The paper also operates without a nonprofit 501c3 status or the backing of a larger corporation.

"We felt vulnerable not having those safety nets," Cook said. "I wanted to be in charge of my ship and react quickly. I made adjustments to expenses, and worked with PPP loans and furloughs. But I knew a big part of getting through this was to get community support as quickly as possible."

As soon as the donation page was active, Cook went full steam ahead with a plan for rolling out the program. His goal was to remind people of the importance of independent journalism, and persuade donors to choose to support the newspaper.

"The number one most important thing is to find different ways to connect and communicate with people," Cook said. "We've leaned into delivering timely information via various mediums."

The Aspen Daily News identified aspects of their media market where they could be more proactive and fill gaps quicker than the competitor. In response, they launched two new multimedia features. The Upload weekly podcast is presented by a local sponsor and recaps the week's news. The Daily Update is a series created by the video news team with guests ranging from elected officials to local health experts.

"This multimedia conversation has really allowed our readers and constituents to get the information they need during this pandemic. And that's something they are willing to support financially."

Talk directly to the community

Cook decided that he and his editors would appeal directly to their readers. He felt that it was important to remind the community that for independent journalism to continue, it was time to step up.

"I've written three or four publisher's letters throughout this pandemic including one that was especially difficult," Cook said. "I took off all of the shrouded ego and said 'hey we need help.'"

"It's about communicating with readers and talking to them very clearly. Speaking from firsthand experience, it's hard for publishers to say we're in trouble and we're under attack right now. A little bit of humility goes a long way."

The community is responding to these calls for help in a positive way. Cook has seen a direct correlation between when these letters are published and spikes in donations.

Say thank you to every donor

"In Aspen you can create a kind of FOMO pack mentality," Cook said. "When people see a friend's name on a list, they don't want to miss out and they call to donate the next day."

To take advantage of this, the Aspen Daily News runs a full-page ad thanking people by name for their donation. The list has been growing, but Cook says the key is to list donors every single day, seven days a week, regardless of the amount.

"Aspen being Aspen, we've had some very wealthy donors come through, but it's not even about the amount," Cook said. "It's the fact that the Resnick family, for example, cares enough about Aspen Daily News to give some cash. One of the most heartwarming things is that we've had four ex-mayors donate, ex-council members, literally every mayor that's still alive in Aspen donate. It's been spectacular to see the diverse range of people."

The support for the newspaper has also come through notes and letters. Donors will add words of encouragement in the donation comments or with mailed-in checks.

"This is probably one of the most important news events of reporters' lives. They are really jacked up and they don't want to be laid off right now," Cook said. "We had a staff meeting on day one and I asked 'Are we all in this together?' and the answer was a resounding yes.

"And that's the beautiful thing about this era of 'fake' news, people really appreciate our journalism."

Community support and donations continue to come in as the pandemic goes on. "There are still unknowns for every organization, but this lets us feel we're heading into the fall in a very secure position," Cook said. "What this cash pool allows us to do is keep everyone on staff and keep us together."

"I can't thank TownNews enough for being ready and having the Support Local Journalism tool at our disposal. It was a huge help!"

Cherry Wolf is a marketing specialist at TownNews.